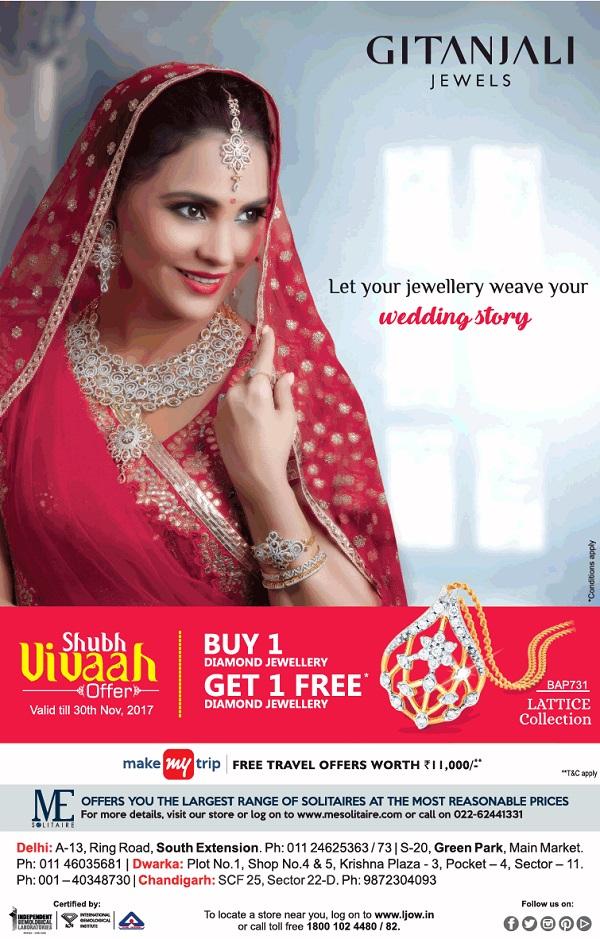 Save with Gitanjali Jewels Offers in Delhi India

Note: This Gitanjali Jewels Delhi offer is updated on 15/11/2017 and is a limited period offer.

Please click Outlet Addresses link below to get the Gitanjali Jewels Store address near your area in Delhi.

The Gitanjali Group, founded in the year 1966, is one of the oldest diamond houses in India and a pioneer among the major jewelry houses across the country. In less than 30 years, it became a DTC Sightholder, and one of India’s largest manufacturers, retailers and exporters of diamonds. Gitanjali is known to produce the world’s smallest heart shaped diamond as well as some 25 patented patterns. They own international certifications confirming the purity and authenticity of their diamonds as well as approving their testing processes. Being a multinational public limited company, Gitanjali now operates across the globe from USA, UK, Belgium, Italy and the Middle East to Thailand, South East Asia China, and Japan.

» 25% Discount on Camping Package at Hidden Valley in Nainital, Uttarkhand.