Upto 25% * Off on Diamond Jewellery at Gitanjali, Kolkata 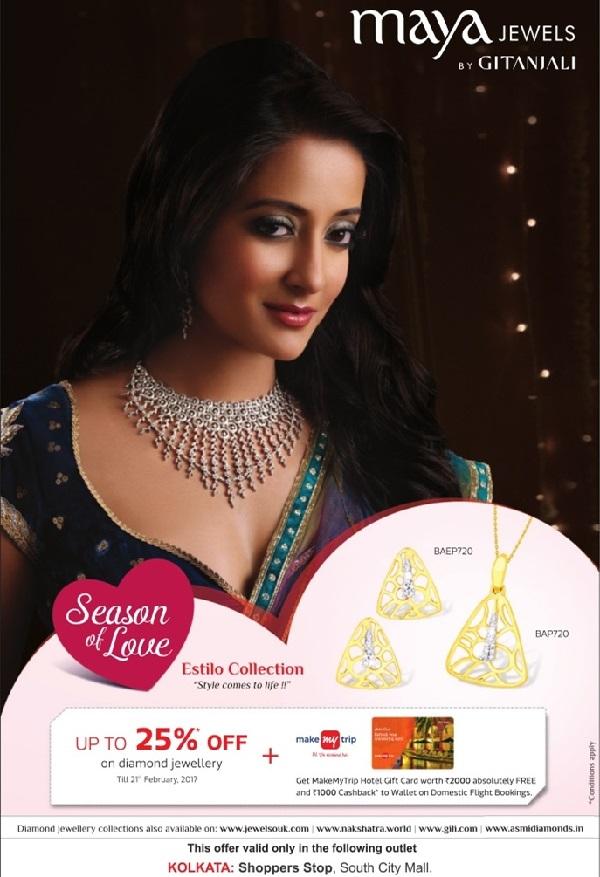 Save with Gitanjali Jewels Offers in Kolkata India

>> Upto 25% * Off on Diamond Jewellery at Gitanjali, Kolkata

Note:This Kolkata Gitanjali offer is Updated on 17/01/2017 and is a limited period offer

You may also be interested in these offers in Kolkata:
Vibes Salon Services
Teekha Restaurant Deals
The Pearl Hotel Food & Liquor Deals

The Gitanjali Group, founded in the year 1966, is one of the oldest diamond houses in India and a pioneer among the major jewelry houses across the country. In less than 30 years, it became a DTC Sightholder, and one of India’s largest manufacturers, retailers and exporters of diamonds. Gitanjali is known to produce the world’s smallest heart shaped diamond as well as some 25 patented patterns. They own international certifications confirming the purity and authenticity of their diamonds as well as approving their testing processes. Being a multinational public limited company, Gitanjali now operates across the globe from USA, UK, Belgium, Italy and the Middle East to Thailand, South East Asia China, and Japan.

» Day Outing for Children at Rs.299 and Adults at Rs.599 at The Country Club Chanakyapuri, Kolkata

About Kolkata: Kolkata, the capital city of West Bengal, is better known as the Cultural Capital of India. What stands out here is not only the magnificence of ancient architectural structures but also the beauty & charm of arts in all its varied forms. Their creative energy is explosive and many renowned artists trace their roots to this beloved city. Though quaint and ethnic, Kolkata is also cosmopolitan when it comes to consumerism. They showcase a wide range of shopping options, salons, spas, restaurants and much more to keep you entertained. In malls, Quest Mall, South City Mall, City Centre 2 Mall, Mani Square Mall, Acropolis Mall, Lake Mall, Gariahat Mall, La Vida Mall, Forum Mall and Avani River Side Mall are the most popular. But equally revered are the traditional shopping centres like New Market, Dakshinapan Shopping Centre and Chowringhee Road that offer budget buys and great bargains.