Sale: Buy a Giordano watch at up to 50% Discount at Giordano Stores in Delhi. 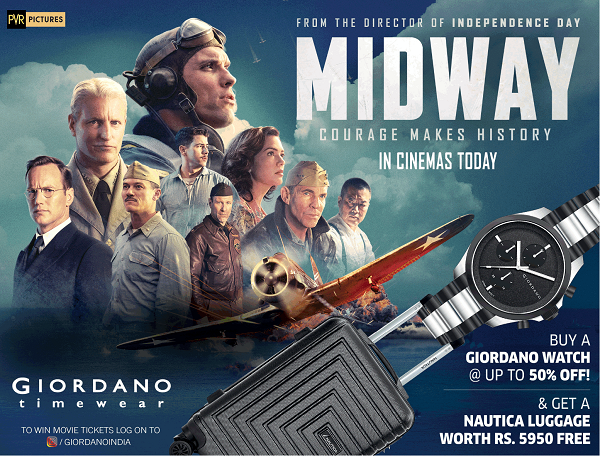 Save with Giordano Offers in Delhi India

Sale: Buy a Giordano watch at up to 50% Discount at Giordano Stores in Delhi.

Buy a Giordano watch at Up to 50% Discount and Get a Nautica Luggage worth Rs.5,950 free.

Stores / Outlets of the Giordano in Delhi:
Note: Offer may not be running in all the outlets. Please crosscheck.

T&Cs and more Info on Giordano

Giordano, a leading global retailer of apparels and accessories first started in Hong Kong in 1981, offers you a fascinating collection of affordable fashion, both casual and formal. It showcases designs and styles that are universal and thus reaches out to all age groups and nationalities equally. Today Giordano hosts over 2000 stores in more than 30 countries across the Asia-Pacific and the Middle East. In India alone, it has multiple outlets in MP, Rajasthan, UP, Haryana, Delhi, Andhra Pradesh, Gujarat, Uttarakhand, Maharashtra, Chandigarh, West Bengal, Punjab, Tamil Nadu, Karnataka and Kerala. The brand’s global success story was also featured as a Harvard Business School case study apart from a host of other accolades it received over the years.