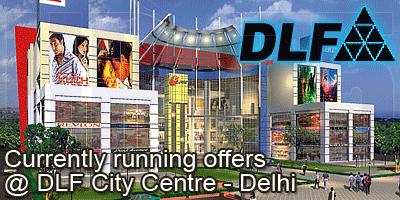 DLF City Centre, a project by the DLF Group, was started in 2001 with an International appeal. The architecture is great and today, it hosts over 127 stores at 4 different levels. Some of the popular shops at the DLF City Centre are Lifestyle, Maspar, Pizza Hut, Ruby Tuesday and Mehrasons Jewelers. It has a multiplex with 4 screens and shows both English as well as Hindi movies. A must-see at DLF City Center is the musical programs featuring popular singers and an orchestra arranged during the weekends. Their parking is two-levels, both basement and the front. Whether it’s the brands, the food or the movies you are looking for, DLF City Centre has it all for you.